Thousands of bibliographic references, images and engravings for familiarising yourself with the evolution of the health sciences.

The Uriach Foundation was created in 1988 to commemorate the 150th anniversary of the founding of the Uriach pharmaceutical company, with the main mission of preserving, disseminating and promoting knowledge of and research into the history of the health sciences.

The achievement of these objectives is the focus of our activity, which is organised into documentary units for the preservation and conservation of cultural heritage, an editorial centre for the publication and dissemination of scientific matters, and the celebration of a "History of Medicine" Prize promoting research within this discipline.

The documentary units are the Library of the History of the Health Sciences and the Historical Archive:

The library contains approximately twelve thousand volumes and during its more than 40 years of existence has become a centre of excellence within this field of study, dedicating itself to the management, conservation and diffusion of its bibliographic assets for the promotion and evolution of the history of the health sciences.

The historical archives of the Uriach Foundation contain the publicity, photographic and documentary material produced by the business group throughout its more than 175 years of activity, dedicating itself to the preservation and dissemination of this patrimony; a testimony of the technical and social evolution of the pharmaceutical industry from the nineteenth century to the present day.

The editorial centre focuses mainly on the publication of the journal Medicina e Historia, launched in 1964. This journal publishes the latest discoveries of this discipline to make them available to the entire scientific community and the general public free of charge.

At the same time, we also publish monographs related to the foundation's aims, including biographies, facsimiles, and thematic collections.

The Uriach Foundation’s "History of Medicine" Prize is open to all professionals and history aficionados who wish to submit their work. Although it was initially established in 1970 to recognise unpublished research into the history of medicine, today its scope has been extended to other disciplines such as pharmacy, botany, veterinary science, and chemistry, among others.

The collaboration with other centres and personalities related to these fields of action is one of the main objectives of the Foundation in order to promote the dissemination of its collections, to share resources and experiences, and thus to build bridges that permit us to constantly improve and evolve.

The board of trustees of the FU 1838 is the highest governing body of the institution; the entity that safeguards the fulfilment of its foundational aims. Currently it has eight members: five lifetime members (the Uriach family), two institutional (one from the Royal Academy of Pharmacy and one from the Royal Academy of Medicine of Barcelona), and a freely allocated member. 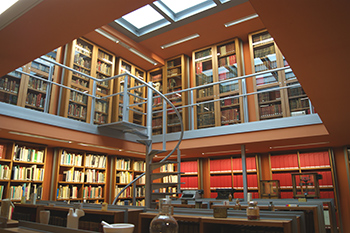 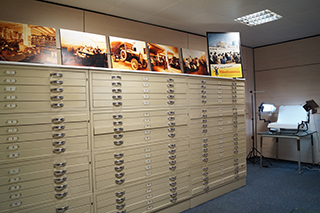 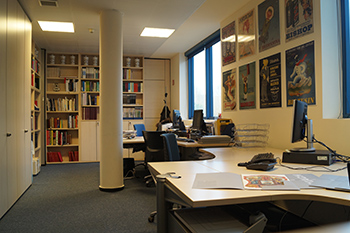