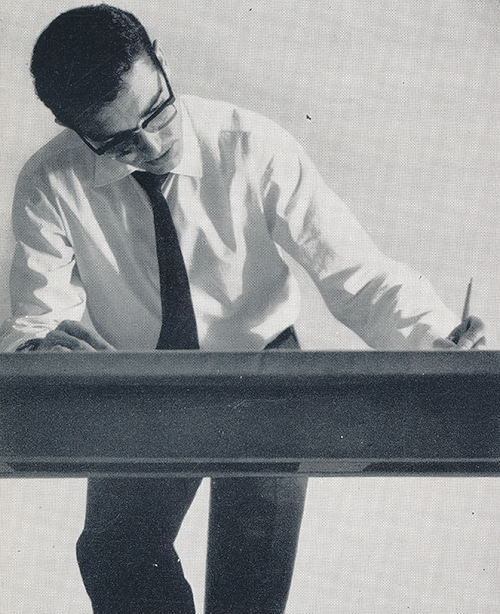 Born in Barcelona, Enric Huguet studied at the official School of Applied Arts of Barcelona between 1942 and 1947. In 1957, he founded the graphic design studio Glosa, dedicated to pharmaceutical advertising, in partnership with J.M. and E. Boada under the umbrella of the Glosa publishing firm.

A member of the group of graphic designers that founded the FAD association, now ADG/FAD, in 1963 Huguet began his teaching career as a design instructor at the Escola Massana.

Between 1972 and 1978 he produced work for different companies, receiving the Laus award in 1973 for his collection of illustrations for Uriach laboratories.

His work has been published in magazines and yearbooks of countries such as Switzerland, Germany, Italy, France, Japan, Spain, and has been exhibited at the Museum of Modern Art in Barcelona, Museum of Pescia (Italy), the gallery of the Library of Congress in Washington, Warsaw Poster Museum, Berlin Museum, and Brno Museum (Czech Republic).