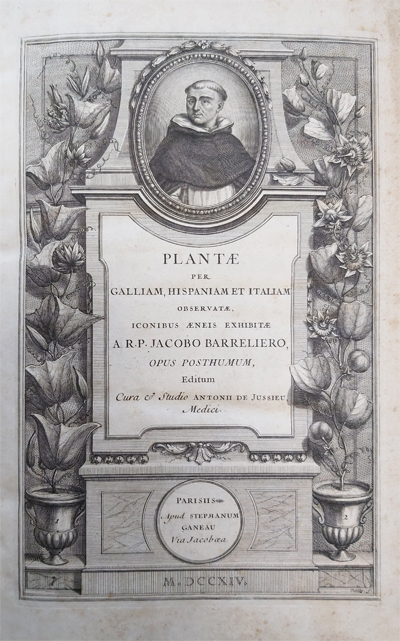 The historical library has recently acquired the work of Jacques Barrelier:


Jacques Barrelier was an important 17th century physician and botanist. He was born in Paris in 1606 and received his doctorate in medicine in 1634. He belonged to the Dominican Order and made study trips to Provence, Languedoc and Spain. He lived in Rome for 23 years, created a botanical garden, and devoted himself to describing the plant species that he collected during his travels. In 1672 he returned to Paris where he died a year later.
Barrelier's work was destroyed during a fire, only his plates survived and were used by Antoine de Jussieu to publish this work. The first volume is dedicated to the description of species, many of them unknown at that time, and the second contains 1,327 engravings.