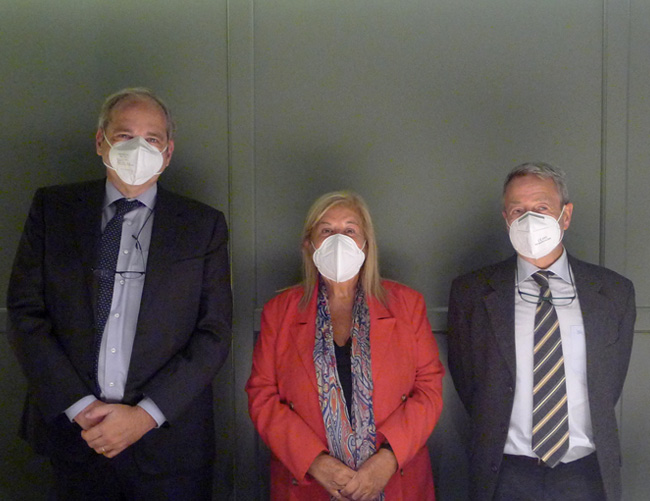 Last Monday, September 28, the jury meeting took place to award the LI Uriach Foundation Prize "History of Medicine", which is awarded annually by the Fundación Uriach 1838.

The meeting took place at the Círculo Ecuestre de Barcelona and was attended by the members of the jury: Mrs. Ana Maria Carmona Cornet, Mr. Alfons Zarzoso and Mr. Jon Arrizabalaga Valbuena, who acted as secretary.

After successive eliminatory votes, the Uriach Foundation LI Prize was awarded to the work " Los tratamientos psicoanalíticos a los homosexuales en Chile (1952-1957)", whose author, once the request was opened, turned out to be Mr. Marcelo Enríque Valenzuela Cáceres, from Talca, Chile.

With the publication of the minutes of the jury, the call for the LII Uriach Foundation Prize "History of Medicine" opens. Its bases will be published soon on the Foundation's website.