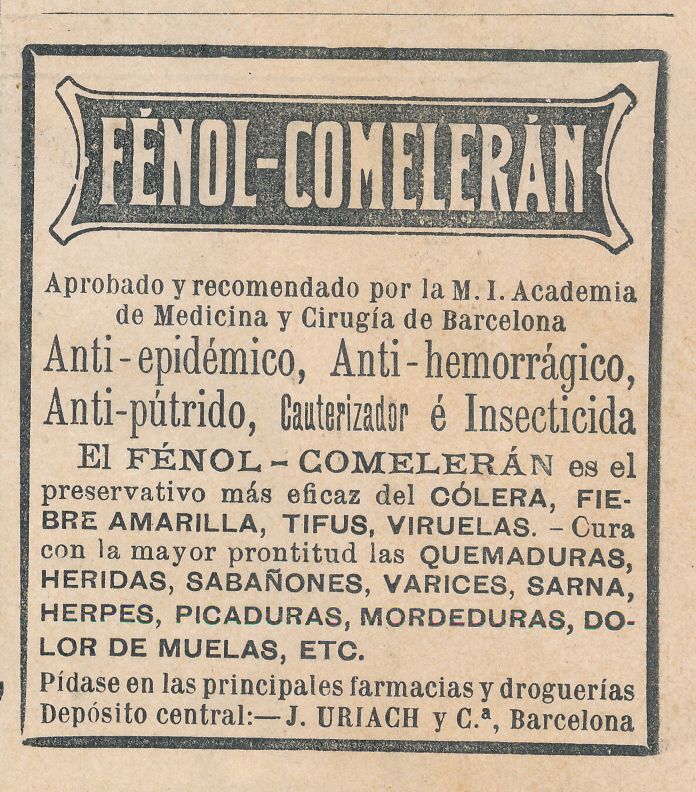 Recently the Uriach Foundation has acquired a newspaper "The Artistic Illustration" published on February 8, 1909.

A magazine published weekly in Barcelona between 1882 and 1916, by the publisher Montaner and Simón, which initially gave priority to engraving over photography but in the last years of the nineteenth century the latter began to prevail in its pages.

This number shows an advertisement for "Fenol Comeleran". A product that as explained in the announcement is anti-epidemic, anti-hemorrhagic, anti-putrid, cauterizer and insecticide indicated against cholera, yellow fever, typhus, smallpox, etc.

A product distributed exclusively in the country by J. Uriach y Cia from its headquarters located on Montcada Street, in Barcelona.